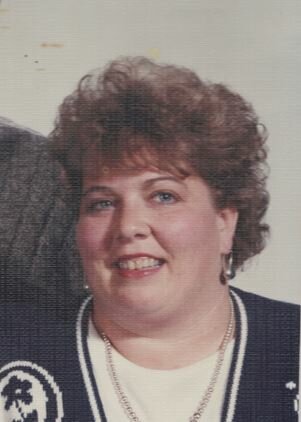 Please share a memory of Sharon to include in a keepsake book for family and friends.
View Tribute Book
Sharon E. Lowe Allegany, NY Sharon E. Lowe, of 1851 Franklin St., Olean (town of Allegany), passed away unexpectedly Monday (August 15, 2022). Born December 8, 1958 in Olean, she was the daughter of William J. and Joyce D. Sayre Augostini. On June 11, 1988 at St. Bonaventure Church in Allegany she married Donald W. Lowe who survives. Sharon graduated early from Olean High School and attended St. Bonaventure University. In her early working years, she was employed by the former Augostini’s Restaurant, and later operated the former Augie Doggie Restaurant. She also managed the former Shoe Box store. She started a beauty salon business called Hands On Therapy which she operated for several years. She transitioned the business to a nail salon, Nails by Sharon, until her retirement. Foremost in her life was her family, and she lived for her grandson Evan. She was loved by all her family and many friends. She leaves behind her husband of 34 years, Don; her mother and father Bill and Joyce of Allegany; a son Christopher Lowe and her grandson Evan Lowe, both of Olean; 1 sister Sandra Augostini of Ceres; 2 brothers Ralph (Holly) Augostini of Columbus, OH and William Augostini of Allegany; her husband’s parents James and Bonnie Lowe of Lewis Run, PA; 2 brothers-in-law James “Bob” Lowe of Massachusetts and Douglas Lowe of Olean; a sister-in-law Sally (Steven) McCann of Rixford, PA and many nieces, nephews, aunts, uncles and cousins. She was predeceased by a brother Mark Augostini. The family will receive friends on Wednesday (August 24, 2022) from 4-7PM at the Casey, Halwig & Hartle Funeral Home, 3128 W. State Rd., Olean. A memorial service will begin at 7PM in the funeral home. Rev. Max Simms, pastor of Hilltop Baptist Church in Gifford, PA, will officiate. Burial will be later in Allegany Cemetery. Memorials may be made to St. Jude Children’s Research Hospital, 500 St. Jude Place, Memphis, TN 38105. Online condolences may be expressed at oleanfuneralhome.com.
Print
Wednesday
24
August