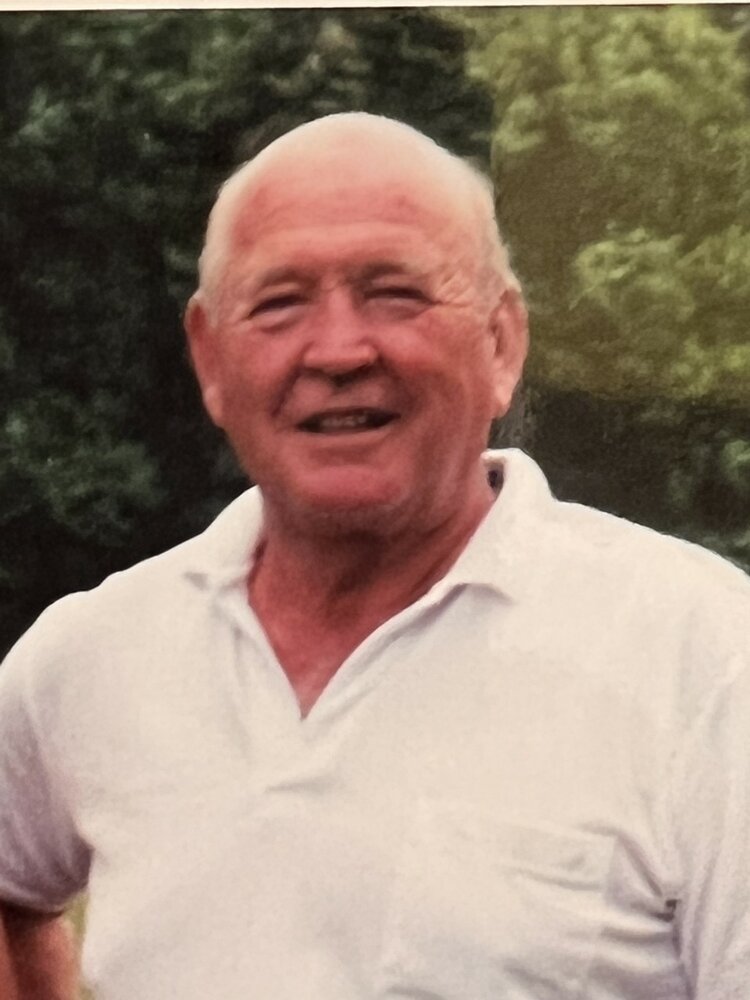 Please share a memory of Robert to include in a keepsake book for family and friends.
View Tribute Book
Naples, FL – Robert H. Thropp, 90, formerly of Allegany, passed away Thursday (June 30, 2022) at the Naples Community Hospital in Naples. He was born at home on the Four Mile Road in Allegany, NY on July 30, 1931 as the youngest of 3 children born to Charles and Blanche Reynolds Thropp. He attended the two room Rockville 11B grade school on the Four Mile through seventh grade and graduated from Allegany High School in 1948. During his time in high school, he excelled in football, basketball and baseball. He attended St. Bonaventure University from 1949 to 1950 and then enlisted in the US Air Force in April of 1951 after his good friend Clifford Finn was killed in Korea. He was stationed at the Kadena Air Force Base on Okinawa from 1952 to 1954 during the Korean War. He received recognition for his efforts in maintaining and repairing airborne bombing and navigational radars on B29’s in the 19th Bomb Wing that bombed Korea. Following his honorable discharge in January of 1955 he attended on the GI Bill both Penn State University in State College, and Colorado State University in Boulder, CO. He received a bachelor’s degree in electrical engineering in June of 1958, specializing in communications technology. He later went on to receive a master’s degree in Electrical Engineering from Stevens Institute of Technology specializing in telecommunications technology while also working for AT&T at Bell Telephone Laboratories in New Jersey. Bob belonged to many organizations and enjoyed competing in various activities. He was a lifetime member of the Institute of Electrical Engineers, Bell System Pioneers, the Penn State Alumni Association and the VFW. He was a long-standing member of the American Legion, the Elks Club, the University of Colorado and Stevens Institute of Technology Alumni Associations and the Moose Club. He was also a past member of the Olean Exchange Club and the Naples and Bonita Springs dance clubs. He enjoyed hunting, golfing, dancing, swimming, exercising and had many close friends in these and other activities. He was proud of his professional career accomplishments, all thirty years with the Bell System where he was involved in many new/state-of-the-art military and commercial electrical engineering projects. He was also knowledgeable and involved in the production of petroleum and stock market investments. His first Bell assignment, for two years, was as a field engineer responsible for the electronic systems on Nike Hercules anti-aircraft guided missiles system protecting New York City during the Cold War. Following that, he was transferred to Bell Labs in New Jersey where he was part of a team that designed and launched the first communication satellite (Telstar One) in July 1962. He was responsible for the designs and operation of electronic equipment used to track and communicate with the satellite. This assignment took him to the Ground Station in Andover, ME many times and to Pleunmuer Bodou, France. Following the successful Telstar experiment, he was the manager for ten years on a team that designed, developed and deployed the first anti-missile defense system (Safeguard), two years of which were spent with his family on the island of Kwajalein in the Marshall Islands where the system was tested. He was responsible for Missile Flight Test Planning and the Safeguard System’s Maintenance Plan. Following the end of the Cold War, he was transferred in 1972 from the Safeguard Systems project headquarters in Greensboro, NC to AT&T’s headquarters in New York City and later to Basking Ridge, NJ. He was involved in many projects at AT&T headquarters, including project engineer/ manager responsible for the introduction of the 200 series voice band data sets now known as modem; was on a team that designed the Defense Departments secure Telecommunication Network; and was the project engineer/manager that designed, installed and operated the Skynet International Service, a satellite based secure broadband digital international communication system that connected large USA businesses to affiliates in the Far East and Europe. He retired on October 1, 1987 and received the AT&T Distinguished Career Achievement Award. Following his retirement in 1987, he moved from Sparta, NJ back to the Allegany/Olean, NY area. He then moved in 1997 to his home at the Glen Eagle Golf & Country Club in Naples, FL. Surviving are his son Daniel Thropp of Andover, NJ, and grandchildren Steven, Zach, and Kirsten Thropp, and many nieces and nephews. He was predeceased by his sons Alan Thropp and Steven Thropp, and 2 brothers Charles Thropp and James Thropp. The family will receive friends on Saturday (July 9, 2022) from 3-5pm at the Casey, Halwig & Hartle Funeral Home, 3128 W. State Rd. Olean. A funeral service will begin at 5pm in the funeral home. Burial will be in Allegany Cemetery along with his grandfather, parents and brother Jim. Memorials if desired may be made to the Allegany American Legion, 4350 Route 417, Allegany, NY 14706. Online condolences may be expressed at oleanfuneralhome.com.
Print
Saturday
9
July