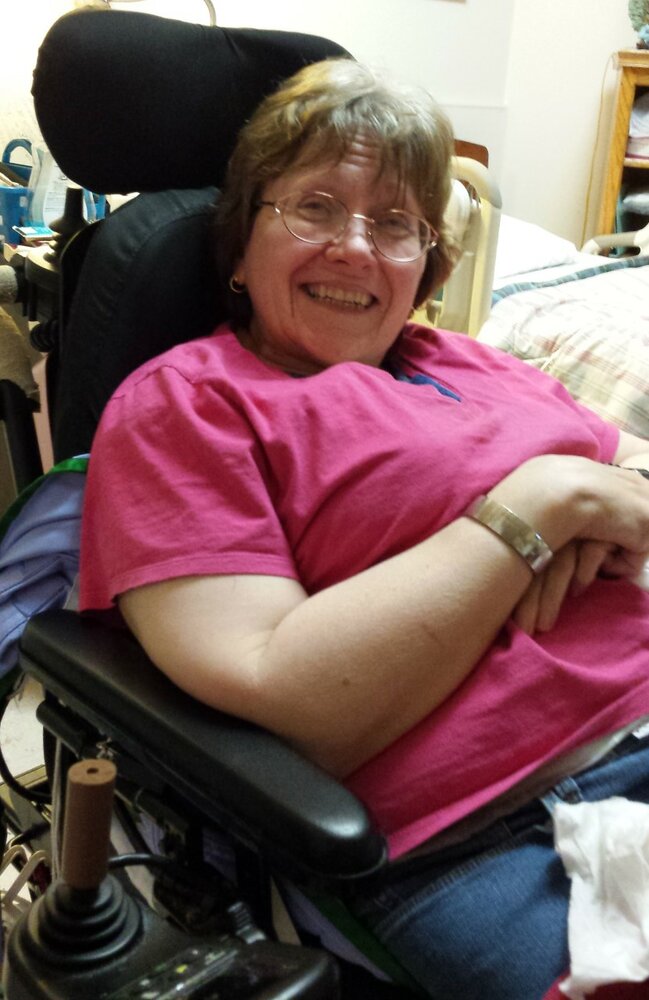 Obituary of Cynthia A. Riehle Reinl

Please share a memory of Cynthia to include in a keepsake book for family and friends.
View Tribute Book
ROCHESTER -- Cynthia A. Riehle Reinl, 67, passed away Sunday (June 26, 2022) at Strong Memorial Hospital in Rochester after a long battle with multiple sclerosis. Born on August 9, 1954 in Olean, she was the daughter of Norman F. "Joe" Riehle Jr. and Dolores M. Thiel Riehle. She was a graduate of Archbishop Walsh High School and earned a Bachelor of Arts degree in English from St. Bonaventure University. Cynthia worked for former Congressman Stan Lundine and later for former Assembly Majority Leader Dan Walsh, spending much of her adult years in the Albany and Schenectady areas. She spent the last seven years at Monroe Community Hospital where she was known for her wit and gentle personality. She is survived by her siblings Joette Riehle and Norman F. Riehle, III of South Carolina, and Gary Riehle of Olean; a sister-in-law Mary Riehle of Olean; six nieces and nephews and several great-nieces and nephews. She was predeceased by her parents, sisters Dana Riehle-Silverio and Natalie Riehle, brothers Joel Riehle and Karl Riehle and sister-in-law Teresa Riehle. Friends are invited to attend a visitation from 11 a.m. to 1 p.m. on Thursday (June 30, 2022) at the Basilica of St. Mary of the Angels, 119 West Henley St, Olean. A Mass of Christian burial for Cynthia, as well as Dana Riehle-Silverio will begin at 1 p.m. Burial at St. Bonaventure Cemetery in Allegany will be held at a later date. Memorials if desired may be made to National Multiple Sclerosis Society, 1000 Elmwood Avenue, Suite 900 Rochester, N.Y. 14620 or the American Cancer Society. Arrangements are under the direction of the Casey, Halwig & Hartle Funeral Home, Olean. Online condolences may be expressed at oleanfuneralhome.com.
Print
Thursday
30
June