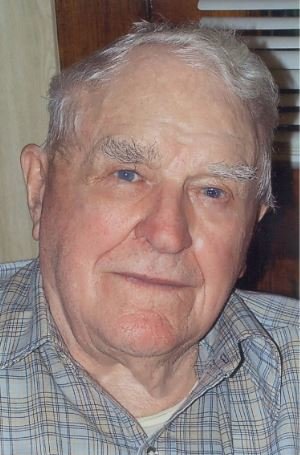 Obituary of James A. Healy

Mr. Healy attended school in Humphrey and Great Valley.  He was a WWII veteran of the US Army where he served in Alaska building and maintaining airport runways.

He worked as a line inspector, repairman and telegrapher for the Buckeye Division of Standard Oil Co., retiring in 1984 after 44 years.

He was a past member of both the Allegany American Legion and the VFW in Franklinville.  He loved animals, was good to his family and all children, and was a great neighbor.

In addition to his wife he was predeceased by 1 brother Donald Healy and 2 sisters Mildred Lounsbury Smith and Minnie Healy.

Per Mr. Healy's request, there will be no public visitation.  Private funeral services will be held at the Casey, Halwig & Hartle Funeral Home, 3128 W. State Rd. Olean.  Entombment will follow at St. Bonaventure Cemetery, preceded with the flag presentation by the Allegany American Legion.

Memorials, if desired, may be made to the Genesis House, 107 S. Barry St., Olean, NY 14760.  Online condolences may be expressed at oleanfuneralhome.com.

Services for James Healy
There are no events scheduled. You can still show your support by sending flowers directly to the family, or planting a memorial tree in memory of James Healy.
Visit the Tribute Store
Share A Memory
Send Flowers