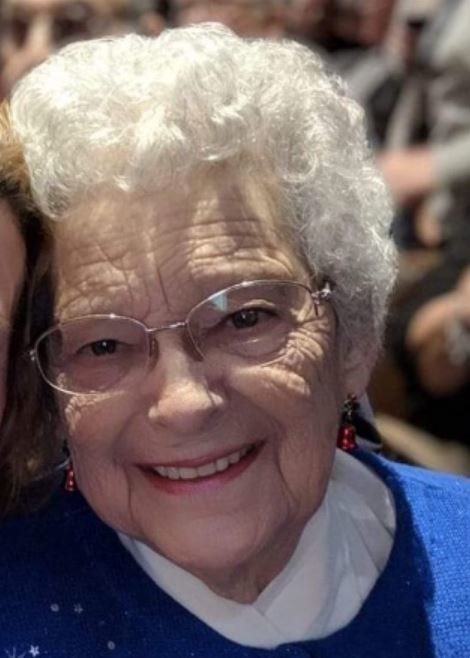 Mrs. Marvin was a graduate of Arcade Central High School.  She was first employed as a telephone operator for the New York Telephone Co., which is where she and her husband met.  She later had a career with the former Manufacturer's Hanover Trust Co. in Olean until her retirement.

She was a former member of Sacred Heart Church in Portville and, along with her husband, was a faithful servant to the Lord and to others in the communities in which she lived.  She belonged to the Lady Elk's in Olean.  Upon moving to Crossville, she became an active member of St. Alphonsus Church and served with the Eucharistic ministry as well as the Nazareth ministry.  She was a Lady Knight with the Knights of Columbus Council #2162 and volunteered as a cook for its annual October Fest.

She assisted with the Cumberland Medical Center's Lifeline program, volunteered at the Cumberland County Playhouse and was a member of 127 South Senior Center in Crossville.

In addition to her husband she was predeceased by 2 sisters and 5 brothers.

Friends will be received on Tuesday from 4-8pm at the Casey, Halwig & Hartle Funeral Home, 3128 W. State Rd. Olean.  Funeral services will be held Wednesday (June 12, 2019) beginning with a 9:30am prayer service at the funeral home, followed by a Mass of Christian Burial at 10am at the Basilica of St. Mary of the Angels.  Burial will follow in St. Bonaventure Cemetery.

Memorials, if desired, may be made to the American Cancer Society, 101 John James Audubon Pkwy, Amherst, NY.

Services for Rita Marvin
There are no events scheduled. You can still show your support by sending flowers directly to the family, or planting a memorial tree in memory of Rita Marvin.
Visit the Tribute Store
Share A Memory
Send Flowers