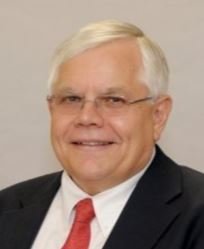 Born September 24, 1950 in Olean, he was the son of Harry E. and Eugenia Kasperski Miller.  On September 18, 1993 in the North Clymer (NY) Methodist Church he married Susan W. Miller who survives.

Harry was a 1968 graduate of Archbishop Walsh High School and continued on to graduate from Northeastern University in 1973 with a bachelor’s degree in Mechanical Engineering. Harry began his professional career at Pennsylvania Power & Light Company.  He earned an MBA from Lehigh University while working for PP&L.  In 1977, he accepted an engineering position at Dresser-Clark (now Dresser-Rand); he had previously worked as an engineering co-op student at Dresser-Clark between 1968 and 1971.  Harry had a long and highly distinguished career, holding various positions of increasing responsibility within the engineering and marketing organizations including Manager of Development Engineering and Director of Emerging Technologies.  Harry often said that the highlight of his career was leading the project team that developed the Dresser-Rand DATUM compressor, a product still sold by the company today.   His colleagues will remember him as a walking encyclopedia of compressor technology and company history, always willing to offer advice, support, and mentoring to those new to the turbomachinery industry.  In honor of his tremendous contributions, including several patents, Harry was named one of the first Dresser-Rand Engineering Fellows in 2012.  He had a quick wit and loved to tell “war stories” about his experiences at Dresser-Rand.
As much as he loved his job, Harry always put God and family first.  He had a strong and deep Christian faith and spoke frequently about the importance of God in his life.  He was a member of Bethany Lutheran Church and served in various leadership capacities.  He always looked for the best in people and was incredibly supportive of his family and friends.  He was also a wonderful, attentive husband and father and truly cherished the times he spent with his wife, his three daughters, and his extended family.  He was very proud of his daughters’ accomplishments, and quick with stories about their latest achievements.
Harry was an avid golfer and a 38-year member of the Dresser-Rand Monday Night Golf League.  He enjoyed reading, hunting, following the Buffalo Bills and spending time with family and friends.  He also loved traveling with his family or on business.  His job took him to many interesting places around the world.  However, above all, Harry enjoyed being at home with his family. He will be remembered as a man who generously shared his talents and possessions.

Surviving besides his wife are 3 daughters Kathryn (Michael) Miller-Kammas of Tujunga, CA, and Michelle Miller and Sara Miller, both of Allegany; one sister Ruth "Boots" (Donald) Miller-Allen of Pittsford and several nieces and nephews.

Friends will be received on Tuesday from 2-4 & 7-9pm at the Casey, Halwig & Hartle Funeral Home, 3128 W. State Rd., Olean.  Funeral services will be held Wednesday (October 23, 2019) at 11:00am in Bethany Lutheran Church in Olean.  Rev. Lee Magnuson, interim pastor, will officiate.  Burial will be in St. Bonaventure Cemetery.

Memorials may be made to Our Lady of Victory Homes of Charity, 780 Ridge Rd, Lackawanna, NY 14218, or any preferred memorial.

Services for Harry Miller
There are no events scheduled. You can still show your support by sending flowers directly to the family, or planting a memorial tree in memory of Harry Miller.
Visit the Tribute Store
Share A Memory
Send Flowers