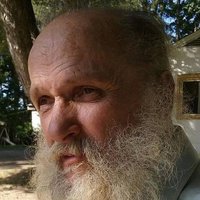 David A. Miller, III Olean, NY David Andrew Miller, III, of 1542 Route 417, passed away unexpectedly Thursday (April 29, 2021) at his home. Born November 23, 1953 in Olean, he was the son of David A. and Violet A. Showers Miller. On June 12, 1976 in Olean he married his wife of nearly 45 years, Elizabeth A. "Betty" Kellogg, who survives. David grew up in a large family and he especially welcomed his grandchildren's visits anytime. He lived a simple life and liked playing cards, doing scratch-off tickets, and playing bingo. He was also a Minnesota Vikings fan. He is survived by his wife Betty, his 3 children Heidi (Carlos) Barksdale, Kyle Miller and John Miller, all of Olean; 6 grandchildren Kortnei (Steve), Anthony, Jeffery, Marques, Mickenzie and Ares; 1 great granddaughter Alice; 5 brothers and sisters Anna (Rodney) Shaffer of Cottageville, SC, Bonnie Miller of Olean, Timothy (Deb) Miller of Delavan, Harold Miller of Olean and Ronald (Mel) Miller of Olean and many nieces and nephews. He was predeceased by his parents, a sister Linda Johnson and 3 brothers Frances Miller, Ricky Miller and Wayne Miller. Friends will be received on Tuesday (May 4, 2021) from 6-8pm at the Casey, Halwig & Hartle Funeral Home 3128 W. State Rd. Olean. A funeral service will begin at 8pm in the funeral home. Rev. Wes Gilbert will officiate. Memorials may be made to a charity of the donor's choice. Online condolences may be expressed at oleanfuneralhome.com.