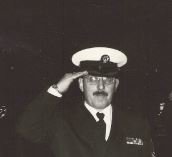 Edward A. Ensell, Sr. Allegany, NY Edward A. Ensell, Sr., 79, of Allegany, passed away peacefully Monday (March 15, 2021) at the Cuba Memorial Hospital long term care unit, where he had resided since 2016. Born February 4, 1942 in Olean, he was the son of James and Alberta Murphy Ensell. On June 25, 1960 at the Alma, NY Methodist Church he married Beatrice L. Palmatier who predeceased him June 3, 2006. Ed was raised along with his siblings on the Haskell Road in Olean and attended Portville High School. In 1959, at the age of 17, he enlisted in the US Navy where he served aboard many vessels over the course of his 20-year career. In October of 1981 he began working for the US Post Office in Allegany until his retirement in 1999. He was a longtime member of the Allegany Engine Co. and served one term as its president. He also was a member of the Allegany American Legion Post 892. He was a classic car enthusiast and enjoyed regularly attending their shows. He is survived by 4 children Terri Emerson of Allegany, Toni Mink of Allegany, Edward (Kim) Ensell, Jr. of Perry and Timothy (Tiffanie) Ensell of Allegany; 6 grandchildren; 1 great grandson; 2 brothers David Ensell of Portville and Eugene Ensell of Queen Creek, AZ and several nieces and nephews. He was looking forward to the upcoming birth of his great granddaughter. In addition to his wife Bea, he was predeceased by 2 sisters Josephine Slaughenhaupt and Margaret Pittman and 2 brothers John Ensell and Charles Ensell. Friends will be received on Wednesday from 4-7pm at the Casey, Halwig & Hartle Funeral Home, 3128 W. State Rd. Olean. Funeral services will be held Thursday (March 18, 2021) at 11am in the funeral home, beginning with full military honors accorded by the Allegany Legion Ritual Team. Pastor Clara Wilder, of Tri-Church Parish in Brocton, will officiate. Burial will follow in Allegany Cemetery. In the interest of keeping all family and friends safer from the pandemic, the family is not planning a luncheon after the burial. Memorials, if desired, may be made to the Alzheimer's Association of WNY, 2805 Wherle Drive, Suite 6, Williamsville, NY 14221, or to the Parkinson's Association of WNY, 5140 Main St., Suite 303, Williamsville, NY 14221. Online condolences may be expressed at oleanfuneralhome.com.