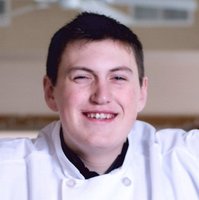 Dylan James Kenneth Oakley Olean, NY On January 17, 1997, Dylan James Kenneth Oakley entered the world in Olean, NY, with obstacles already in place. Rather than being defined by these difficulties, Dylan worked hard to meet and exceed the expectations given him. Dylan proved a person is more than their disabilities, differences, and difficulties. As a young man, he became a great source of comfort and support to many facing their own obstacles, whether in the role of camp counselor, peer support or friend. On January 1, 2021, Dylan passed away unexpectedly after suffering a medical emergency during routine surgery. His family is finding peace in knowing that Dylan was finally experiencing more happiness and joy than not. The days preceding his surgery were filled with all things and people he loved, including his parents, Andrea Oakley and Adam Rose (Olean, NY), his sister, Alexus Oakley Fisk (Olean, NY), his bonus family, Mark and Tammy Fisk (Cuba, NY) and many other family members and friends. In most recent years, Dylan connected with his father, Mark (April) Rose and two additional sisters, Kelly Rose (who preceded his death) and Nicole Rose. In life he was supported by a large number of family members, including his grandparents, Kenneth and Carol Oakley (Batavia, NY), Jan Brewington (Seffner, FL) and Mike and Elise Perrington (Minerva, OH). Dylan was also loved and cared for by many chosen “family members”, most notably Markus Yeager and the Field family (Marcus, Kaitlin and Becky). In death he was welcomed by all family members who preceded him, most recently his uncle, Jason Oakley, and grandfather, Robert Brewington. There will be a Celebration of Life held at a future time when all can gather together again. Memorials, if desired, may be made to the First Presbyterian Church of Olean, 212 Laurens St., Olean, NY 14760, or to the Cattaraugus County SPCA, 2944 Olean-Hinsdale Rd., Olean, NY 14760. Arrangements are under the direction of the Casey, Halwig & Hartle Funeral Home, Olean. Online condolences may be expressed at oleanfuneralhome.com.