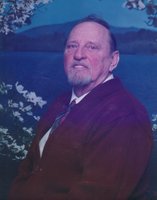 Allegany- Thomas W. “Tink” Tierson passed away Saturday (October 31, 2020) after a short illness. Born November 20, 1932, in Williamson, NY, he was the son Adrian and Hazel Buckles Tierson. On July 1, 1955, in Limestone, he married JoAnn Hanchett who predeceased him April 13, 2011. Mr. Tierson attended Olean High School. He enlisted in the U S Army in 1951 where he served with Company B 86th Infantry Regiment, 10th Infantry Division, until 1954. It was during this time that he was awarded a purple heart for his time in the Korean War. He then enlisted in the US Air Force in 1958 and served during the Vietnam War until 1972. He was deployed in the first group of the Strategic Air Command. He retired from the United States military in 1972. Mr. Tierson was employed by BOCES as an automotive instructor until his retirement in 1995. In his free time, he enjoyed watching television and taking trips to the casino. Surviving are four sons Russell (April Fuller) Tierson of Cuba, Ricky (Debbie) Tierson of Hinsdale, Rodney (Melissa) Tierson of Portville and Randy (Amy)Tierson of Derby, KA; 8 grandchildren Gwen, Aaron, Rachelle, Melissa, Amber, Stephanie, Brandon and Amanda; 8 great-grandchildren and several nieces and nephews. In addition to his wife he was predeceased by 2 brothers Adrian “Dick” Tierson and Robert Tierson. Friends will be received at the Casey, Halwig and Hartle Funeral Home 3128 W. State Road on Friday from 4-7pm and Saturday (November 7, 2020) from noon-1pm at which time funeral services will begin. Rev. Terry Jenks, pastor of the Maplehurst Baptist Church, will officiate. Burial will be in Mt. View Cemetery, Veterans Field of Honor. In lieu of flowers, memorials may be made to the SPCA of Cattaraugus County, 2944 Route 16, Olean, NY 14760. Online condolence may be expressed at oleanfuneralhome.com