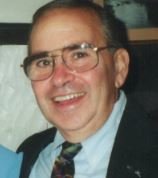 Frank P. Petruzzi Francis P. “Frank” Petruzzi of 307 E. Henley St., Olean NY, passed away suddenly on Saturday, July 11, 2020, at his winter residence in Coconut Creek, Florida. Frank was born on July 6, 1945, in Brooklyn, NY, and was the son of Francis and Angela Comparato Petruzzi of New York. Frank was raised in Brooklyn and graduated from Xaverian High School in 1963. He received his Bachelor of Science in Biology from St. Bonaventure University in 1967. While attending college, he met his future wife, Grace "Mamie" Accurso of Olean, NY, who was also a student at the university. They were married at the University Chapel on August 5, 1967. While attending college, Frank immersed himself in campus life and was particularly active in student politics. Frank began his career in education in 1967 as a general science and biology teacher at Delevan Machias Central School where he also served as assistant football coach. In 1968, he began teaching at Allegany High School where he would remain for the next 35 years as a beloved teacher, baseball coach and Principal. Teaching Biology as well as Anatomy and Physiology at Allegany, Frank earned the love and respect of many hundreds of students who affectionately called him "Mr. P", or simply "Coach". to thousands of students. While teaching and coaching, Frank also worked part-time at the former Castle Restaurant as a bartender where he was known for his sense of humor and good spirit. In 1970, Frank obtained a Masters degree in education and secondary administration, and in 1974, he obtained a Specialist degree in supervision and administration and school district administration; both from St. Bonaventure University. In 1976, after making an unsuccessful run for an open school board seat in the City of Olean, Frank focused his sights on an administrative career in secondary education. In 1988, after 20 years of teaching, coaching baseball, operating the student government program, and being a class advisor for countless graduating classes, Frank became Principal of Allegany Central High School. During his years as the high school’s principal, Frank touched many students’ lives in lasting and positive ways where he is still remembered as a friend, role model and mentor. Frank also played a pivotal and important administrative role during the merger of the Allegany and Limestone school districts and oversaw the construction of the new school building to house the merged school districts. Frank fully retired in 2003 after a fulfilling 35-year career in education. Because he enjoyed it so much, he could say of his career that "I never worked a day in my adult life." Frank loved baseball - especially the New York Mets - and was a former umpire for Olean Little League in his spare time. He was a member of the Basilica of St. Mary of the Angels Church and had been active as a Stephen Minister. He also attended St. Vincent Catholic Church in Margate, FL. He was a past member of the Olean Lion's Club, the Knights of Columbus and the Camaro Club and he was an avid poker player. Even in retirement, Frank relied on his natural talent as an administrator by serving as Director of the association at he and his wife's community in Coconut Creek, Florida. Frank remained in Florida this summer even after his wife returned to Olean because he felt it was important to carry out his role as Director. Even on the day of his passing, Frank was busy making flyers and sending emails to his fellow residents to inform them of COVID-19 testing. He also enjoyed his weekly game club. He is survived by his wife "Mamie" of 53 years; his two sons, Paul D. Petruzzi of Davie, Florida and Olean, and Christopher J. (Angela) Petruzzi of Coconut Creek, FL; his four grandchildren Domenic Petruzzi, Anthony Petruzzi, Andreas Petruzzi and Gabriella Petruzzi; his brother, Dennis (Susan) Petruzzi of Unionville CN; his sister-in-law Mary Teresa Faherty of Stony Point and several nieces and nephews. Friends will be received on Friday from 2-4 & 7-9pm at the Casey, Halwig & Hartle Funeral Home, 3128 W. State Rd. Olean. Funeral services will be held Saturday (July 18, 2020) beginning with a prayer service at 9:30am in the funeral home. A funeral service will follow at 10am in the Basilica of St. Mary of the Angels. Burial will be in St. Bonaventure Cemetery, Allegany. Memorials, if desired, may be made to Autism Speaks,1060 State Rd., 2nd Floor, Princeton, NJ 08540 or online at autismspeaks.org. Online condolences may be expressed at oleanfuneralhome.com. The use of a mask is required during your funeral home visit as well as in the church.