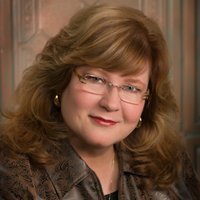 Karen E. Robbins Olean, NY Karen E. Robbins, 65, of 404 Laurens St. passed away Wednesday (June 10, 2020) in her home after a lengthy and courageous fight against cancer. Born February 16, 1955 in Aurora, CO she was the daughter of Thomas L. and Evelyn M. Crump Robbins. On June 11, 1977 in Greencastle, IN she married Daniel L. Tate who survives. Karen was a graduate of Greencastle High School, and attended Denison University in Granville, OH where she received a BA in History. She then earned two degrees from Columbia University in New York City, an M.Phil. degree and a Ph.D. in American History. She was a 30+ year professor of American History at St. Bonaventure University starting in 1987, a year after she and her husband moved to Olean. She specialized in early American history, teaching courses in American Colonial history, the American Revolution and the Early Republic period. She pioneered courses at the University in American Women's history, African-American history and Constitutional history. In addition to other publications, she also authored the first professional biography of an oft-overlooked American Founder, titled "James McHenry: Forgotten Federalist". Karen was much beloved by her students with her personable demeanor and narrative style. She served on numerous committees at the University as well, including a leading role on the compensation committee and a long tenure as the Director of Women's Studies on campus. Karen enjoyed many activities, especially ballroom dancing, traveling, and researching her family ancestry. Her intelligence, faith and compassion, warmth and grace expressed an admirable strength of character and love of life to which her many deep friendships will attest. She worshipped with Bethany Lutheran Church in Olean whose support during her illness she deeply appreciated. Surviving in addition to her husband Dan are a son Daniel L. Tate, IV of Olean; 2 brothers Kimbal (and his wife Karen) Robbins of Pataskala, OH and Karl Robbins (and his wife Gemma) of Cebu, Philippines; 1 sister Kathleen Robbins of Indianapolis, IN (and her daughter Katrina) along with 3 nieces Leah, Sarah, and Jessica. The family will be present to receive friends on Saturday (June 20, 2020) from 11am until 1pm at the Casey, Halwig & Hartle Funeral Home, 3128 W. State Rd. Olean. A private funeral service will follow at Bethany Lutheran Church in Olean. Burial will be in Mt. View Cemetery, Olean. A memorial gathering will be planned for a later date and will be announced. Memorials, if desired, may be made to Breast Cancer Network of WNY, 3297 Walden Avenue, Depew, NY 14043. Online condolences may be expressed at oleanfuneralhome.com. Due to the COVID-19 pandemic restrictions, public visitation on Saturday will allow for a maximum of 10 visitors at a time plus the family. There may be a waiting time for entry. Please use precautions including the use of a mask during your visit.