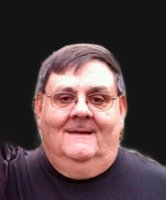 Ronald R. Carapellatti Olean, NY Ronald R. Carapellatti, 72, of 2974 Route 16N, passed away Monday (June 8, 2020) surrounded by friends and family at Olean General Hospital. Born June 28, 1947 in Olean, he was the son of Roland and Bernice Hooper Carapellatti. Ron was a 1966 graduate of Hinsdale Central School and later graduated from Utica College. He worked for the former Hysol Co., later Henkel-Loctite Co. in Olean for 37 years, prior to his retirement in 2007. Ron's passion was racing go karts where he was a former champion in several different organizations. He always loved spending time at the track no matter if it was for go karts or RC racing with his family. The track is where Ron was the happiest, meeting new people and embracing the competitive spirit. He is survived by his 2 sons Michael (Denise) Carapellatti of Portville and Jeff (Jammie) Carapellatti of Olean; 6 grandchildren Dominic, Zachary, Nikolas, Derreck, Brandon and Jade; 1 great grandson Angelo; 2 brothers Kim Carapellatti and Scot Carapellatti, both of Olean; 1 sister Lyn Carapellatti of Mooresville, NC and several nieces and nephews. In addition to his parents he was predeceased by 1 sister Janet Carapellatti and a brother Larry Carapellatti. A public graveside service will be held Friday (June 12, 2020) at 10am at St. Bonaventure Cemetery (Section 9), Allegany. Rev. James Vacco, OFM, will officiate. Arrangements are under the direction of the Casey, Halwig & Hartle Funeral Home, Olean. Online condolences may be expressed at oleanfuneralhome.com.