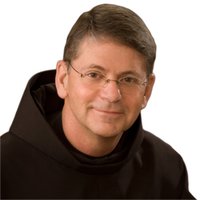 Loudonville, NY     Br. Francis Edward Coughlin, OFM, 71, a professed Franciscan friar for 47 years, died on July 30 at Strong Hospital in Rochester following heart surgery on July 23. Known as Brother Ed, throughout his life he served in leadership roles bringing the Franciscan Mission and Intellectual Tradition to life, most recently as president of Siena College in Loudonville, NY.
Br. Ed was born July 2, 1948, in Buffalo, NY, to James and Margaret (née McGuire) Coughlin. After graduating from Bishop Timon HS in Buffalo, he earned a bachelor’s degree in sociology in 1970 from St. Bonaventure University. He was received into the Franciscan Order on September 6, 1970 in Lafayette, N.J., professing first vows on Aug. 29, 1971 in Brookline, MA and solemn vows October 18, 1974 at St. Bonaventure University. He held a master’s degree from Boston College and a Ph.D. from The Catholic University of America.
Br. Ed exemplified servant leadership throughout his Franciscan life, initially at St. Bonaventure University, in the Counseling Center and as a faculty member in the School of Education from 1974 until 1977. In 1977, he began serving in a variety of leadership roles for the Franciscan Holy Name Province and the Order of Friars Minor beginning at St. Anne’s Parish in Fair Lawn, NJ, as director of the Province’s pre-novitiate formation program and in 1978 at the novitiate in Brookline, with novices and eventually at St. Francis Friary in Manhattan. He also served as director of initial formation, delegate to the Plenary Council of the Order of Friars Minor (Brazil), general visitor to St. John the Baptist Province (Cincinnati), and director of ministerial development and planning, among others including many terms as provincial councilor. Returning to St. Bonaventure, from 1991 to 1996 he served as Director of The Franciscan Institute before returning to Manhattan in 1996 as Secretary of Holy Name Province.
In 2005 Brother Ed was named vice president for Franciscan Mission at SBU, teaching in the Franciscan Institute until 2014 when he was named the 11th President of Siena College overseeing marked successes in new academic programming, enrollment and marketing, fundraising and facility enhancement.
A popular author and editor he presented at academic and pastoral conferences across the United States and around the world including Europe, Asia, South America and Africa. He served on numerous boards of directors and trustees including Siena, SBU, Bishop Timon, Association of Franciscan Colleges and Universities, and St. Francis Friends of the Poor. His passion was introducing people to the Franciscan Tradition especially through pilgrimages to Franciscan Italy, his most recent with his extended family in June 2019.
Br. Ed is survived by a brother, Joseph (Lisa), and four sisters – Anne (Tom) Devine, Kathleen (Mike) Lynch, Mary (Marty) Quinn, and Sheila (Stan) Pingelski, twelve nieces and nephews and three grandnieces/nephews. His parents and brother Timothy predeceased him.
Obsequies will be in the St. Bonaventure University Chapel, Allegany NY, where Br. Ed was an alumnus, trustee, professor and administrator. Wake: Saturday August 3 from 4p.m. to 7 p.m.; Sunday August 4 from 1p.m. to 6:30 p.m. with a wake service at 6:30 p.m. A Mass of Resurrection will be celebrated at 10:30 a.m. on Monday August 5 with burial following at St. Bonaventure Cemetery. Siena College will host a Mass and celebration of Br. Ed’s life, Tuesday 17 September, the Feast of the Stigmata of Francis of Assisi, at a time to be determined.
In lieu of flowers, the Coughlin family and his Franciscan Friars suggest donations be made to advance the Franciscan mission of one of the three Franciscan schools that helped form and shape Br. Ed’s life: Bishop Timon High School, St. Bonaventure University, or Siena College.
Arrangements are by Casey, Halwig & Hartle Funeral Home, Olean.  Online condolences may be expressed at oleanfuneralhome.com.  To view tributes to Br. Ed, visit Siena College website